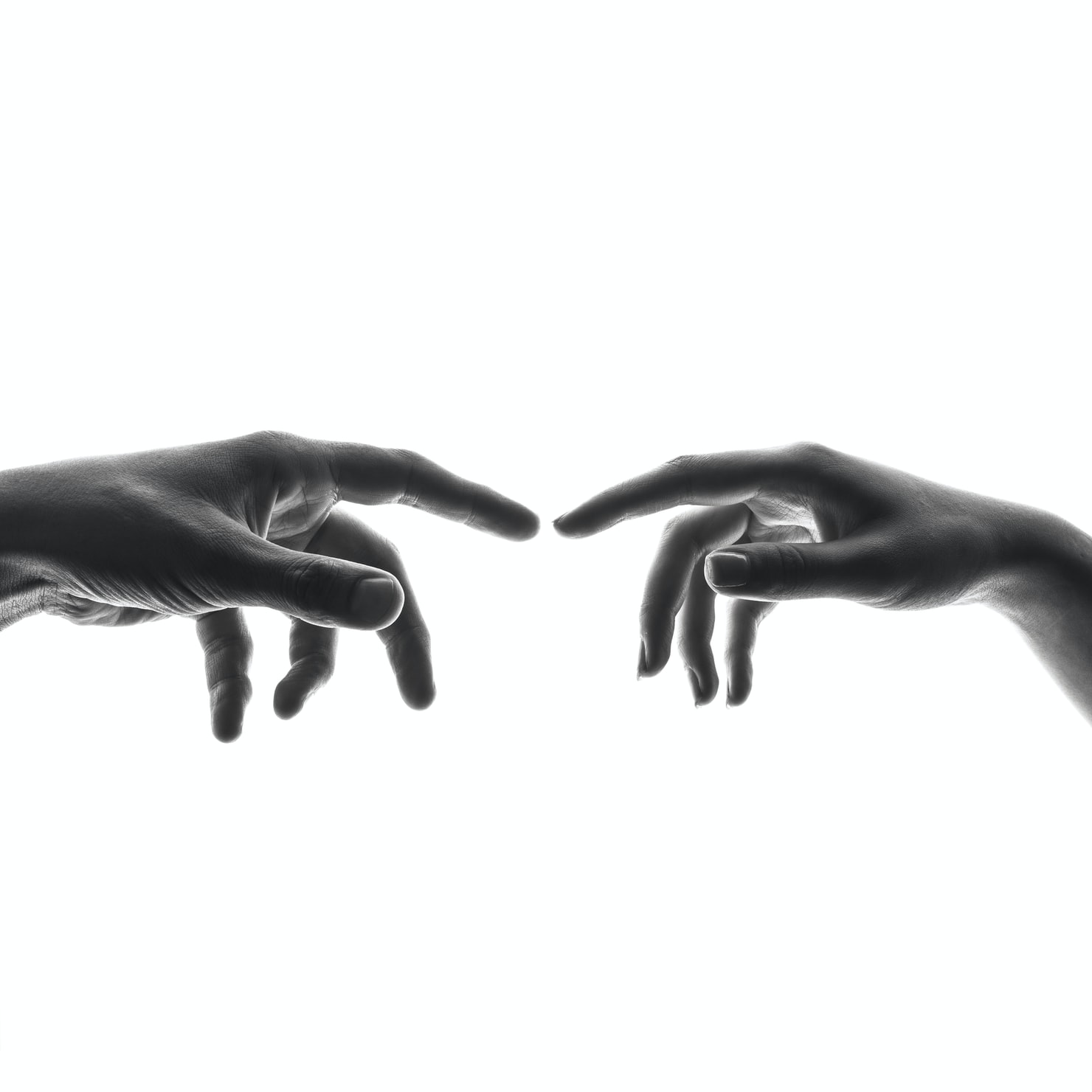 Transitioning to a 5D Future

We are in a consciousness leap. The techno-optimists reading this might be excited to tweet that their hunches of AI taking over the world and overpowering human intellect are right. But the evolution of human consciousness is more closely related to small bacterium and distorted communication than robots and digital people.

We are confronting complex, global problems

Science, for a while, was pretty easy. If you had enough money or the right connections, you were sent to study abroad the mysterious Americas and collect plants, animals, and other peculiar specimens. Traveling to far-away places with a leather notebook and plenty of time made it inevitable for Darwin to publish a unifying theory for organisms. The steps were simple: observe, record, analyze, eureka!

Making significant discoveries today is not as smooth. Papers of unreadable scientific jargon are imprisoned in journals. Like a highly private and classified zoo, visitors pay extraordinary amounts to see these genetically-modified lab creatures in ink. And when we, curious and humble onlookers, want to understand the progress made in issues we care about, we are told a colosseum of intricate and complex ideas has been constructed. We poke at the structure and realize it is made of paper, which easily topples by the slightest of winds.

These monuments are said to propel us towards building stronger, sturdier, and more powerful civilizations. Yet, the paper towers remain deserted in unreachable locations, leaving the villages in their prehistoric states. Similarly, institutions fund research teams to study a sliver of a very real and frightening global issue. Scientists construct piles of abstracts and theories. The paper pillars scatter throughout the scientific landscape, never connecting or communicating with each other. Thus, no tangible progress is ever made to solve global problems.

We need a new way of thinking about science. Instead of siloing into specialized groups, we need interdisciplinary teams working together to uncover intricate networks behind technical ideas. Establishing a new layer of connectivity and communication could solve our current misalignment.

How does one go about solving this? Do we need different technology, more scientists, or different policies? If we briefly look into evolutionary history, we will see this is not the first time nature has encountered such a problem.

Coordination problems are the fertile grounds for new mental stages

Ogi Ogas is quite a unique scientist. He underwent formal training in computational neuroscience but famously applied his degree to a game show. Using cognitive science as his game strategy, Ogas won $500,000 on Who Wants to be a Millionaire. He's also a writer and visiting scholar at the Harvard Graduate School of Education. In 2022, Ogas and Sai Goddam published the book Journey of the Mind, which takes readers on a biological tour guide, looking at how thinking and minds evolved from molecules to the human brain. They discovered that each new leap in intelligence was made when biological agents encountered coordination problems similar to the global communication problems of today.

When studying the world of molecules, a gaseous and unlivable place of archaea, bacteria, and amoeba, we realize these non-conscious particles exhibit cognitive-like behaviors. An archaea moves towards the light without a visual or motor-control system. Salmonella bacterium decides which food to propel itself to without a frontal lobe, and E.coli remembers where it found food without a memory system. These particles, with no neurons, could make decisions, navigate through their environment, and store memories. It wasn't specific molecules or sensors which activated the thoughtful actions of an E.coli bacterium. Rather, the arrangement and configuration of chemicals inside a bacterium generated simple dynamics enabling purposeful movement.

Eventually, single-celled organisms became bigger and required more sophisticated movement. They reached their ability to adapt to their environment and encountered a challenge: how can cells come together and cooperate towards a single goal? Needing a new way to communicate, molecules confronted a coordination problem, requiring a new layer of connectivity.

The development of the neuron was the innovation that solved this problem. Learning to adapt and communicate with electrical spikes and chemical signals, neurons caused a new level of thinking for multicellular organisms. Eventually, neurons also reached their limit for thinking and needed a more effective way to communicate from network to network.

Alpha lampreys, one of the earliest vertebrates, needed a mental innovation to deal with the overstimulation of data from their environment, including everything from electricity to visual data. These pre-fish organisms lacked a way to process external data and react with an appropriate behavioral response to survive. By integrating data from multiple sensory inputs, an alpha lamprey constructed a unified, dynamic, internal representation of the outside world. The innovation for the second coordination problem was conscious awareness.

Finally, the fourth thinking stage solves a coordination problem faced by multiple, complex conscious minds. Language, the latest mental innovation, compels us to share information and experiences across time, space, and social groups. With language, we become self-aware, enabling more complex psychological reflection and understanding. The introduction of language caused an exponential leap in the history of mankind, allowing us to decipher and break down the inner workings of the self.

Living in the fifth coordination problem

So far, we've covered a lot of ideas. To summarize:

1. We've barely made progress on global problems because of the miscommunication between research teams and institutions worldwide.

2. By referencing biology and the evolution of minds, we see that new mental innovations occurred when systems encountered coordination and communication problems.

3. Neurons are not the definitive sign of cognition. From small bacterium to multi-celled organisms, the interaction of elements produces cognitive-like capabilities.

Thus, I propose we are living in the fifth coordination problem. The chaotic discourse in science, politics, media, and finance requires a different non-linear thought architecture. William Halal, a Professor Emeritus of Management, Technology, and Innovation at George Washington University, writes that we are in a new state of evolution. Humanity is confronting higher-order challenges, which require new mental dynamics to make sense of the information and knowledge turmoil we live in. As bacteria yearn for an effective way to cooperate and communicate with each other, we need a new system to coordinate and solve problems on a global scale.

The Internet promised to become a technology to connect everyone and allow people from diverse specializations and backgrounds to solve interesting problems together. But it is clear that the turbulent, company-controlled nature of the web is pulling us apart instead of bringing us together. Harmonious interactions producing something creative and beneficial remain in the dreams of the early creators of the Internet. However, the Internet is still young blood. By refining and fine-tuning the technology, we could create what many scientists have proposed, a global brain.

H.G Wells, a prolific writer in the late 1800s already sensed the distribution of knowledge was ineffective. Wells proposed to focus our efforts on creating an entirely new "world organ" to collect, summarize, and publish knowledge. Fast-forward a few centuries later and researchers still envision such a global system. Jerome Glenn, writer and CEO of The Millennium Project, describes a "global information system" which provides a platform to organize the complexity of information from multiple sources. It would allow individuals and organizations alike to see this information from multiple perspectives.

The core tenants of any global brain or world organ will rely on stigmergy, a phenomena seen in termites, ants, and schools of fish. Stigmergy is an indirect method of coordination between agents. In these systems, there is no need for simultaneous presence, imposed sequences, strict division of labor, commitment, centralized control or supervision. Instead, each agent focuses spontaneously on the task that it deems most important. Global, coordinated activity emerges out of local, independent actions.

It's difficult to describe in today's language the future of such a consciousness. But I suspect the medium will be a culmination of the present world's disjointed technologies to create something to change our world. Across all of the consciousness leaps solving each coordination problem, the universal theme is the importance of connectivity. As philosopher Andreas Weber says, "If you watch carefully, everything alive reveals itself to be a pattern of connection and superposition … Understanding is communication of a connective tissue with itself."

Finally, I want to summarize a few points crucial to a successful global brain:

1. Alignment of technology with morals

Science and technology, both fascinating and invigorating, are devoid of meaning. Without a meaningful, altruistic goal, they become a means to an end. Progress for progress's sake. In the early phases of researching this article, I always had a gut-wrenching feeling reading about the integration of humanity with technology. All the papers were devoid of something. The humanity part. Will our lives improve as every action becomes data uploaded to complex computers while we physically sit in air-conditioned empty houses? Warren Weaver writes, "If science deals with quantitative problems of a purely logical character if science has no recognition of or concern for value or purpose, how can modern scientific man achieve a balanced good life, in which logic is the companion of beauty, and efficiency is the partner of virtue: In one sense the answer is very simple: our morals must catch up with our machinery." Similarly, Glenn writes that the next civilization must strike a balance between the technocrat and the mystic. The mystic looks to improve life by enhancing and sharing consciousness by paying attention to a way of being-- being aware of a rich field of sensation, emotion, and motivation. To create technology to improve the self, we must first return to the essence of being our most conscious and well-intentioned selves.

‍Weaver writes again, "Willingness to sacrifice selfish short-term interests, either personal or national, in order to bring about long-term improvement for all must be developed." The standard band-aid fixes, such as pollinating with drones because of the scarcity of bees, won't bring long-lasting improvements.

Data sets, information, and experimental results are often restricted because of privacy, legal, and safety concerns. To work in a multi-disciplinary approach, open-source data is a priority.

As with any great phase transition, from agricultural society to the industrial revolution, cooperation levels always increase. Interdisciplinary work, which rises above scientific formalities to make true progress, needs encouragement.

Why the 21st century is the most important century

This consciousness leap could be the greatest one of all. Previously, we looked at how non-conscious agents could form systems mimicking complex cognitive functions. What could happen if we created a network of complex, self-aware minds? The emerging system could transcend the intellectual, scientific, and artistic capabilities of anything we’ve seen before. David Bowie writes the Internet could become a global consciousness technology. He says, “I think we’re actually on the cusp of something exhilarating and terrifying... I’m talking about the actual context and the state of content is going to be so different to anything that we can really envisage at the moment. Where the interplay between the user and the provider will be so in simpatico, it’s going to crush our ideas of what mediums are all about... The idea that the piece of work is not finished until the audience come to it and add their own interpretation and what the piece of art is about is the grey space in the middle. That grey space in the middle is what the 21st century is going to be about."

Our world has never been more complex and global. Already, those who start to think in connections and pull from multiple disciplines and sources are rewarded with discoveries. The 21st century is an "Age of Consciousness" where a mental revolution will change our thoughts, systems, and sense of self.

See you in the fifth mental dimension.

How To Access The Mind Space Of High Performers