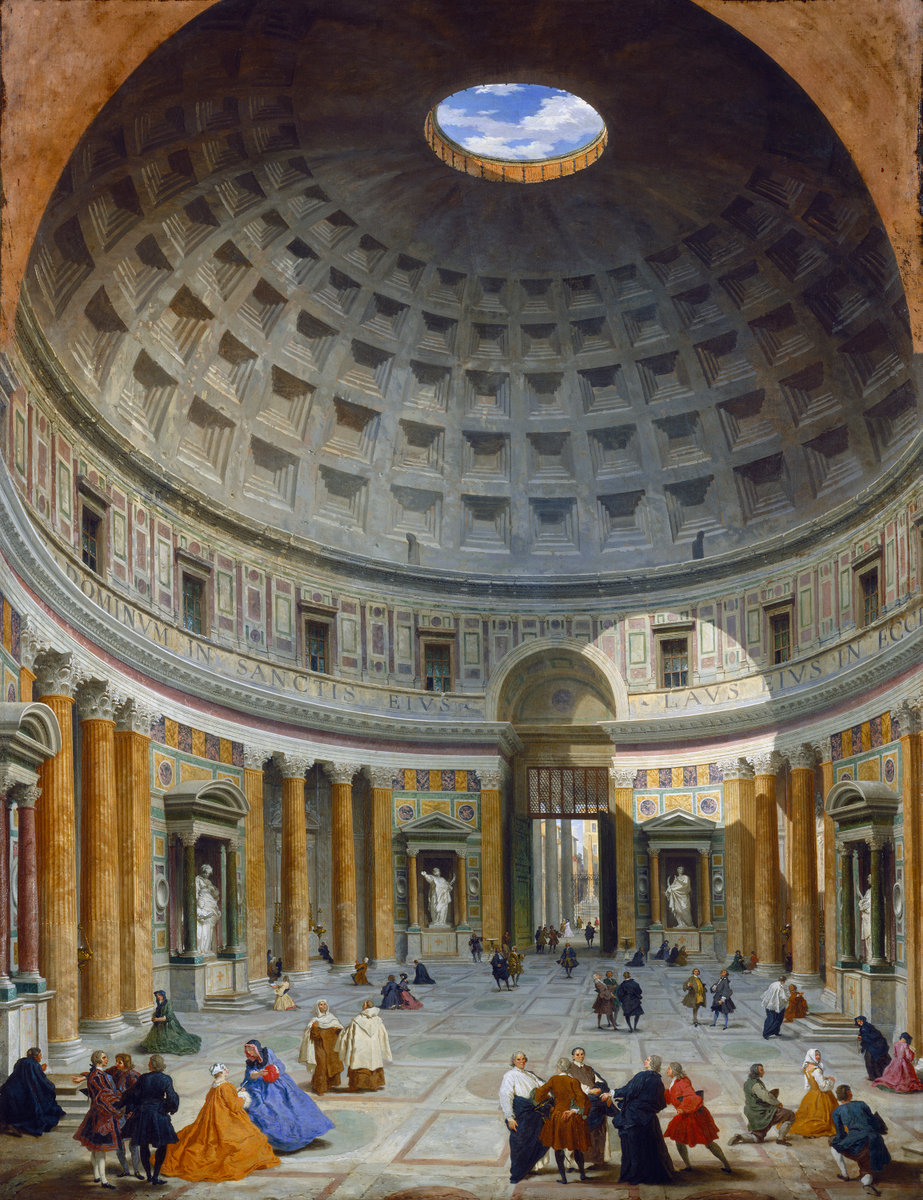 Why is classical architecture worth studying? ‘Classic’ comes from the Latin adjective, classicus, which means to label something as excellent. But it seems excellent has already been figured out. Columns have names like they are familiar. Architectural styles have books written about them, and historians devote years of research to singular buildings.

What is different about the Pantheon that makes it intriguing and different?

Not only do experts not know the meaning for why it was built, but it stumps architects today on whether details were flaws or creative masterpieces. The Pantheon that people see today stands because of the restoration by Roman Emperor Hadrian. Hadrian was peculiar. To build well, he had to think differently. During his reign, Hadrian ventured to the outskirts of the empire to create tangible change by undertaking massive construction projects in public. For Hadrian, building projects were opportunities to merge the aesthetic of different cultures that impacted him on his travels.

Hadrian brought his experiences back to the Roman people by restoring the Pantheon. It has a dome, called the rotunda, with a captivating roof and a porch designed in the traditional Roman style. It all looks very abstract from the outside. Inside, the temple is magnificent. It captivates visitors because of its variety of perspectives, lights, and acoustics that create a new atmosphere. A Roman visitor would have been astounded by the reflections of light from the elegant floors carved out of marble. Colors from the red, purple, yellow, and green stones would dance on the walls while carefully laid tiles of circles and squares covered the floors.

Clearly, Hadrian did not spare money or resources during the restoration of the Pantheon. He had stones from the far lands of Turkey, Greece and Egypt carried to Rome. One of the mysteries that still surround the construction of the temple is acquiring the materials. Stone blocks of 100 tonnes were transferred from the Nile to quarries more than 70km away, shipped to Alexandria, and then moved to ships that would sail to the ports of Rome and then unload the massive cargo and transfer them up the Tiber river. Today, people get worrisome when they have to transport 5-20 tonnes.

It is not uncommon for visitors to feel like they have already visited the Pantheon. It contains a variety of elements from different periods and locations. The Pantheon is like a living contradiction. It is different, yet it is familiar. It is original, yet a copy. It is a temple, yet it is not. The combination of differences makes it unique and puzzling, which is what makes it so beautiful.

Can Fruit Really Have An Impact On Your Energy?