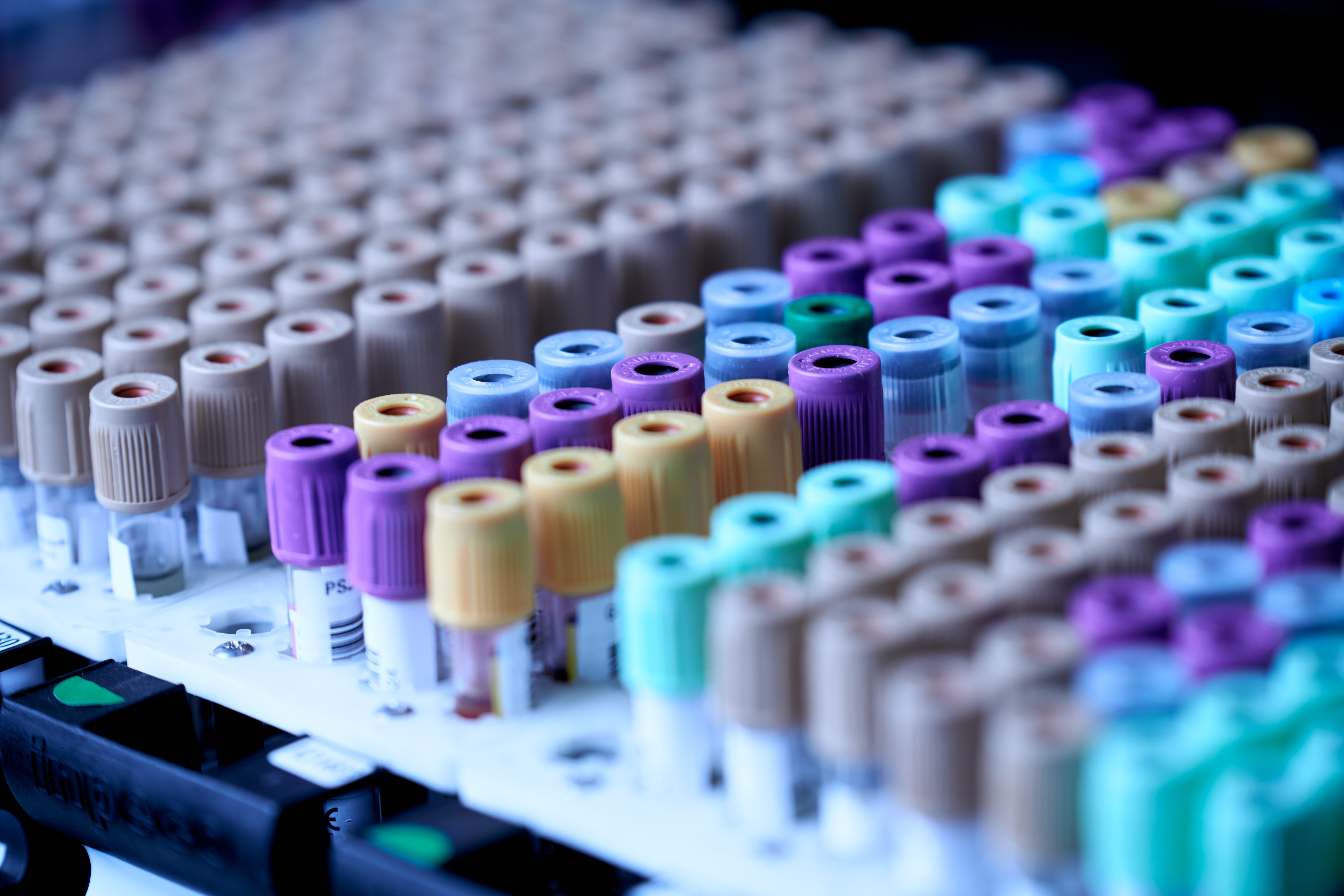 How to Reignite Innovation in Science

Progress is Slowing Down

Complex thinking is dying because progress is slowing down. We can define progress as a rise in living standards and when scientific discoveries filter from glass-walled laboratories into our own lives, from how we think to the technology we use. But progress is undistributed and erratic. From Ancient Greece to northern England, pockets of innovation spread like tiny fires, capturing the world's attention for a second before fading into smoke. Tyler Cowen and Patrick Collison coined the term "progress studies" which aims to study these growth spurts of innovation and success and how we could engineer environments that could accelerate progress.

Today, it seems we are progressing, advancing, and growing exponentially. The possibilities of human-like AI, virtual money, and reusable rockets are here. Scientists are churning out research papers by the thousands. But with so much data and knowledge, shouldn't the pace of ground-breaking ideas and experiments also accelerate?

A study examined 1.8 billion citations among 90 million papers across 241 subjects and found that more papers did not lead to new ideas in the field but rather slowed down progress. The heaps of data and knowledge scientists produce causes the golden nuggets, the paradigm-shifting novel ideas, to go overlooked and ignored. When an avalanche of papers are published in a short time, scholars rely on mental shortcuts and previous studies to make sense of new information. Instead of independently thinking about new ideas, they read and process data according to previous research and see if what they read coincided with background knowledge. If an innovative idea does not fit into previous models, it is less likely to be published, read, or cited.

Too much data in academia is not the only problem. Since we are always online and have the world's knowledge at our fingertips, it is very hard to approach a problem with fresh eyes. We constantly read others' thoughts, which makes it difficult to go against the mainstream and make revolutionary discoveries.

Being always plugged in and "in the know" isn't the best for intellectual explorers. Wandering wildly and ignoring the consensus is key to achieving the unimaginable.

“The expert, all too often, ‘knows’ both on theoretical grounds and on the basis of empirical findings that certain things are not so or just cannot be done. The naive novice ventures what the expert would never attempt, and often enough succeeds.” – Donald MacKinnon

One reason why progress has slowed down is because of the nature of scientific institutions. Government agencies such as the NIH and NSF are wealthy and attractive hotspots for scientists. They fund about 65% of applications with 50% larger award sizes. These institutions centralize research and create a pool of similar papers on trendy and hot topics, oblivious to lesser-known and riskier ideas.

Before modernization, wealthy supporters and admirers funded art and science through patronage. For instance, Galileo Galilei "gifted" his discovery of the moons of Jupiter to the Medici dukes in exchange for the title of court philosopher and mathematician. However, as science matured into a professional field, patronage was standardized and became a way to make money.

Today, researchers cannot spend time and resources on aimless and interesting projects. In any subfield of science, there is constant pressure to be productive and work towards guaranteed results. Experiments or ideas with unpredictable outcomes are barred from funding by heavy institutional regulations.

The amount of paperwork and precautionary measures scientists make also take away time from research. Researchers spend 42% of their time managing grants and paperwork. It not only takes away time but creates a barrier for smaller institutions with fewer funding and resources to publish research. Thus these institutions discourage failure, prioritize safety, and slow down science.

Émile Durkheim, a French social scientist, studied the relationship between suicide rates and the wealth of a country. Richer countries tended to have higher suicide cases. Why? Durkheim argued the modern economy puts tremendous stress on the individual and causes people to become more individual. Today, anyone can become their own boss and with "unlimited freedom". But if something doesn't go as planned, the person can only blame himself.

Durkheim suggests removing the pressure from the individual by finding support from a local community. Social relationships are vital to a balanced life. The more involved an individual becomes in a group, the more meaning and purpose they find in their lives.

Innovation in science has slowed because scientists and innovators are not getting the support they need from small, close-knit communities. Instead, they rely on big companies and institutions to fund their research. Small organizations and groups distribute the increasing demands of the industrial economy.

With the Internet, people believe innovation should be more effortless. And it does eliminate geographic boundaries. But it seems that communal living, eating, and thinking are necessary for productive collaboration. Intelligence thrives in specific locations, as seen with Hungarian geniuses in the 20th Century, Silicon Valley, and the European Renaissance. In Victorian England, penny universities were the intellectual hotspots. People claimed that for the price of a coffee, they received a university education by listening to great thinkers speak.

Penny universities and tight-knit groups allow members to play with ideas without worrying about judgment or validity. Small clubs provided a cooperative and protected space to pursue goals. The Apollo Project, Bell Labs, the Manhattan Project, and the Human Genome Project were all clusters of passionate people working on world-class projects.

Furthermore, we need to encourage non-linear thinking. We need a new "thought architecture," or way of thinking to reflect the increasing complexity and connectivity of the world. The world runs on networks in which each component, event, person, or decision has multiple other nodes attached to it. Changing one thing will have cascading effects that are impossible to predict. Yet, people still approach problems with linear thinking and direct cause-and-effect relationships. Too few people think in high enough dimensions to communicate across specialized domains. These people who cross-fertilize and use non-linear thinking can solve global problems because they can hold multiple perspectives and relationships in their minds at once. By expanding into multiple domains and then noticing patterns that emerge, networked thinkers can uncover non-obvious connections that have the potential to go beyond "common-sense solutions" and find innovative ways to deal with science's complex problems. These people thrive in small groups, which is why we need to encourage close-knit communities.

"Only a part of us, a part that has emerged recently, designs buildings as boxes with uncompromising straight lines and flat surfaces. Another part of us recognizes instinctively that nature designs in fractals, with intriguing detail on every scale from the microscopic to the macroscopic. That part of us makes Gothic cathedrals and Persian carpets, symphonies and novels, Mardi Gras costumes and artificial intelligence programs, all with embellishments almost as complex as the ones we find in the world around us." - Donella Meadows

Adam Marblestone and Samuel Rodriques, two scientists working on reforming science, proposed a solution called Focused Research Organizations, or FROs. FROs are "tight-knit, fast-moving, mission-driven organizations, led by a CEO, and with a culture akin to the best startups." They bring together a small group of scientists to solve a scientific or technological problem over a specific period. Two FROs have been developed so far. One called Cultivarium works to reduce the cost of studying and engineering different microbes. The second one, called E11 Bio, works to map the connectome, or architecture of the human brain.

With FROs, it is possible to reinvigorate science with innovation, failure, curiosity, and progress because they encourage team collaboration and networked thinking.

From Smart to Wise- How to Read For Wisdom