Trees of the Brain Roots of the Mind 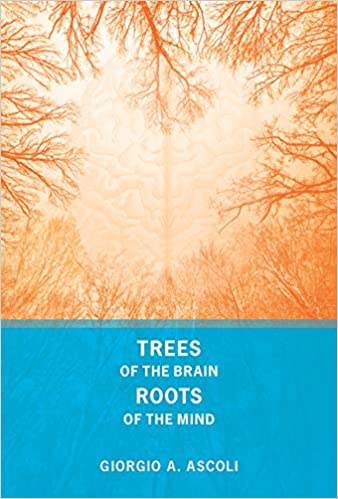 Buy it on Amazon

The book in 3 sentences

Who should read this book

Anyone even slightly interested in neuroscience would enjoy this book. I've tried to read many other books on neuroscience, but they are difficult to understand if you don't have a previous background in science or neuroscience. However, Ascoli does a phenomenal job at using metaphors, analogies, and specific examples that makes it easy to visualize and understand abstract concepts.

How this book changed me

I have started several books on neuroscience before, but this was the first one I finished. It gave me a broad overview of how neurons work, but it also added details and provided further explanations of the functioning of neurons. The book wasn't just a light introduction. It was a readable and knowledgeable guide to a complex field. This book helped me understand the structures and function of neurons on the individual and collective levels of the brain.

In the first few chapters, Ascoli lays the foundation of understanding the brain. He gives a broad introduction to the basics of neuroscience and cognitive philosophy. Then, he goes into detail about neurons, synapses, and how they transmit and process information. After laying a solid foundation about neural anatomy, Ascoli goes on to describe how we learn and acquire new knowledge. The final chapters focus on what makes neurons different from each other, and more broadly, what makes us different from each other.

The three principles the author argues:

The brain is complex due to its massive web of connections formed by billions of tree-like nerve cells. To give you a sense of the size of the brain, Ascoli writes:

Every neuron connects on average to 50,000 other neurons. Printing all of the synapses of your own brain a dot at a time would fill all the pages of 100 million copies of this book, equivalent to approximately three times the entire collection of the US Library of Congress or almost one copy of each and every book ever published in modern history!

The brain is complex due to its magnitude. The neurons that make up this complex organ are called neurons. Each neuron has two tree-like ends: axons and dendrites.

A humble illustration I made

There are two main reasons why neurons communicate through chemical transmission instead of direct links. First, it allows for greater flexibility.

Each neuron receives information from multiple sources. This is key because the function of a neuron is determined by what neurons it is connected to. So flexibility is essential to how the brain works.

Second, chemical transmissions allow some synapses to be stronger and others to be weaker. Ascoli writes:

The same axonal pulse might trigger a stronger dendritic signal in one neuron and a weaker one in another. Most importantly, the same synapse can change its strength from time to time, a phenomenon known as synaptic plasticity. There are both presynaptic and postsynaptic mechanisms in place to enable such flexibility and plasticity.

This is significant because two neurons can continuously influence each other by increasing or decreasing the probability of activating another neuron.

The synaptic connections between neurons allow us to learn.

Learning, meant as the acquisition of the potential to instantiate a previously unknown mental state, corresponds to the change of connections in circuits of neurons.

Some evidence shows that presynaptic and postsynaptic neurons have flexible structures. Dendrites can twitch and wiggle around while axonal varicosities, the small beads along the axons, move up and down the branch. This means that new synapses can be created by neurons moving towards each other and eliminated when they move away from each other.

If you stare at a neuron long enough, you will see slow and rare movements of its axonal and dendritic branches. Indeed, although the vast majority of the neuronal arborization in an adult brain is fairly static, at any one time a few of the trees wiggle their limbs by tiny bits. Some branches retract, others extend, and yet others bend or shift in space. Over time, these small movements can amount to a comprehensive reorganization of the network, not just as far as connectivity is concerned but most consequentially in terms of axonal-dendritic overlaps. As a result of these neuronal rearrangements, whereas in one given moment the ability to learn is in fact gated by prior knowledge, sufficient training and/or consistent study possess the ability to remold the very blueprint of the learning machinery!

The formation and elimination of synapses are the basis of learning because they reform previous neural circuits.

For neurons to communicate with each other, they need to be close to each other to form a synapse. This seems obvious, but what is interesting is the new connections that develop. If the axon of one neuron and the dendrites of another neuron are close to each other, there is an opportunity for a new synaptic connection. Learning can only occur if the axons of the presynaptic and dendrites of the postsynaptic neurons overlap. This controls what we can learn.

I think this is a profound realization. The location of neurons determines what knowledge we can acquire. Of course, it's not as simple as that, but it is still amazing to think that something as simple as location can determine something so complex as knowledge.

Knowledge is the ability to achieve a certain mental state; the capacity of the brain to instantiate the corresponding activity pattern resides in its synaptic connectivity. Thus, learning (and forgetting)—the acquisition (and loss) of knowledge—correspond to changes in the synaptic circuit of the brain or connectome (the second principle of the brain-mind relationship).

If various types of neurons need to fulfill their own distinct connectivity requirements with other neurons, they need appropriate inputs and output trees. The ultimate mission of neurons, however, is to communicate with other neurons throughout the circuit. This communication is mediated by sequences of axonal spikes. Although all neurons share the same language of spikes, the particular “voice” and “dialect” vary from one neuron type to another.

So, neurons are differentiated based on their shapes, molecular characteristics, and their physical location in the brain. Their location matters because it determines their inputs and outputs. Thus, a neuron's location determines how it communicates with other neurons.

In conclusion, the brain is an immense network whose connections allow us to learn and experience reality. It is mystical, magical, but understandable. Its tree-like neurons and dense forest networks provide us much insight into how these structures work. From branching patterns to electrical and chemical messages, the miniature trees are nothing short of amazing.