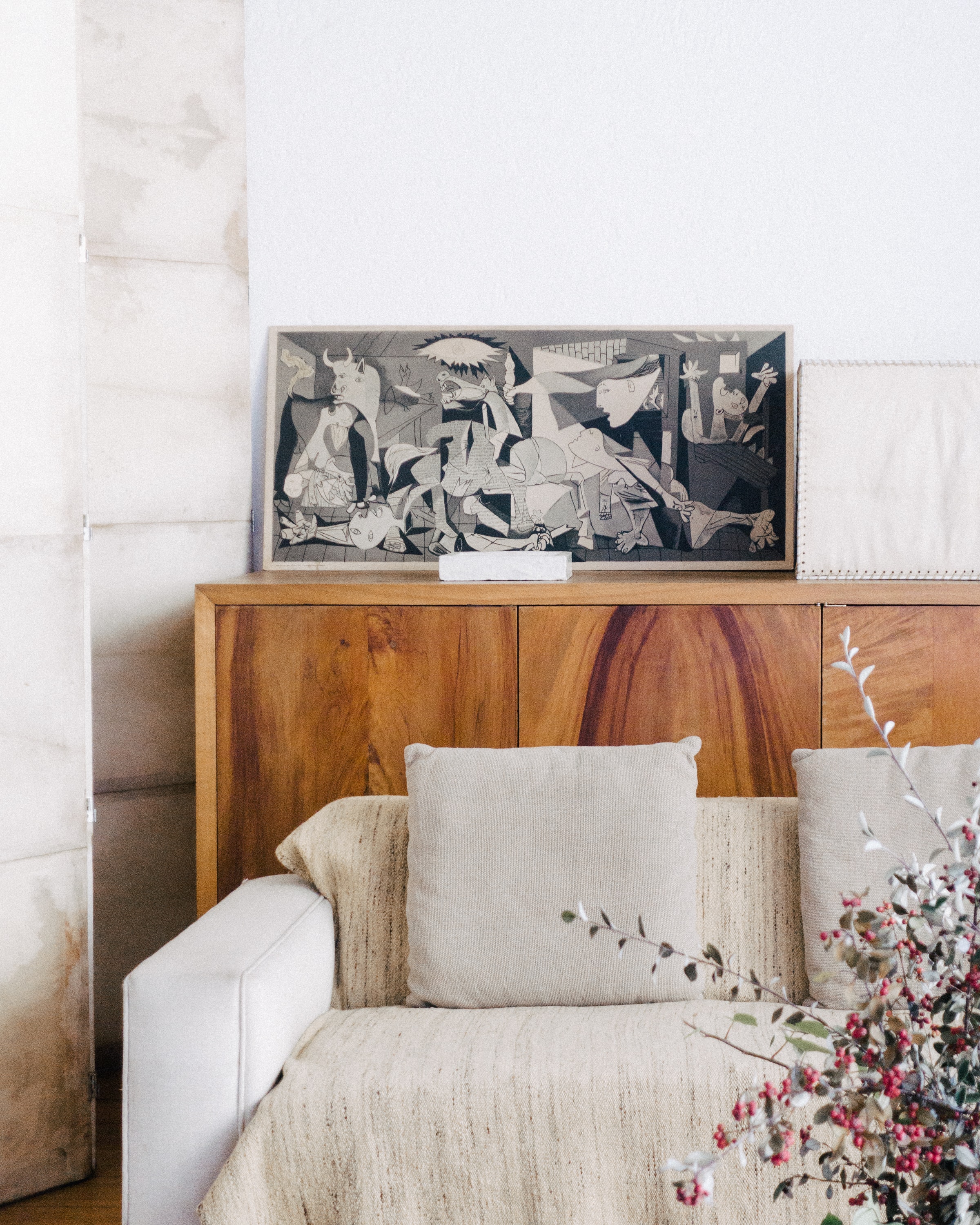 On April 26, 1937, German bombers carried 100,000 pounds of explosives to wipe out the small Spanish town of Guernica. This bombing killed thousands of people and left the world horrified. The event led Pablo Picasso to paint the Guernica. The Cubist-style distortions show the cruelness and violence of war and make it personal and emotional to the observer.

Few painters have documented the artistic process like Picasso did with the Guernica. His numbered and dated sketches make it easier for scholars to follow his thought process, conduct experiments, and understand creativity through an artist. Picasso was deliberate in recording his journey.

"[All of my paintings] are researches... there is a logical sequence in all this research. That is why I number them. It's an experiment in time. I number them and date them. Maybe one day someone will be grateful." –– Pablo Picasso

Expanding on this, he explained, "... it's not sufficient to know an artist's work––it is necessary to know when he did them, why, under what circumstances... Some day there will undoubtedly be a science––it may be called the science of man––which will seek to learn about man in general through the study of the creative man." His fifty numbered and dated sketches prove his dedication.

Picasso finished the Guernica in 35 days in a series of intense work paired with relaxation. He produced ten sketches in the first two days, then took a week-long rest. Picasso came back, finished 14 drafts in four days, and then began working on the mural. Once he started the mural, he perfected three drawings and then took another week-long break. From May 20th to June 4th, he produced a steady flow of two to three pictures every two or three days with rest periods in between. In barely a month and a half, Picasso raced through fifty drawings and sketches while working on the canvas.

Out of the 50 sketches, only six are of the entire painting. The rest are components, like animals, shapes, people, or symbols. A study by D.K Simonton on the Guernica breaks down the canvas into six parts: the bull, the mother with the dead child, the horse, the warrior, the weeping woman, and the woman with the lamp. Picasso sketched them individually and made many attempts to make them perfect. In the end, however, the sketches on the final painting looked more like the initial sketches. Take the mother with the dead child. In the beginning, Picasso created an outline that resembled the one on the final painting. However, after two sketches of the mother crouched on the ground, he pivoted and drew the mother carrying her dead child up a ladder.

The non-linear sequence of his sketches reveals their experimental nature. We see leaps forwards and backward, some hopeful progress, but then a setback. Creativity doesn't sprout from a seed and grows upwards like a tree. Artists move all over the place because they explore a variety of possibilities before committing to one.

Creativity is like natural selection. Random mutations and variations have to build up before they are eliminated. It's illustrated by Picasso's famous quote, "I do not seek I find." Through working, he selects the best traits and watches the painting come together under his hands. His creations have a life of their own. He is only a messenger of the messages the world needs to hear.

Through sketches photographs of Picasso's work, we see that there is no direct path to success. Sometimes, when you think you are progressing and moving forwards, you are moving away from what will appear on the canvas. And that's okay. Because the point of creativity isn't to plan out what you want to do and then do it. It is a discovery process of finding opportunities and surprises in the unknown.

Why Listening is the New Reading