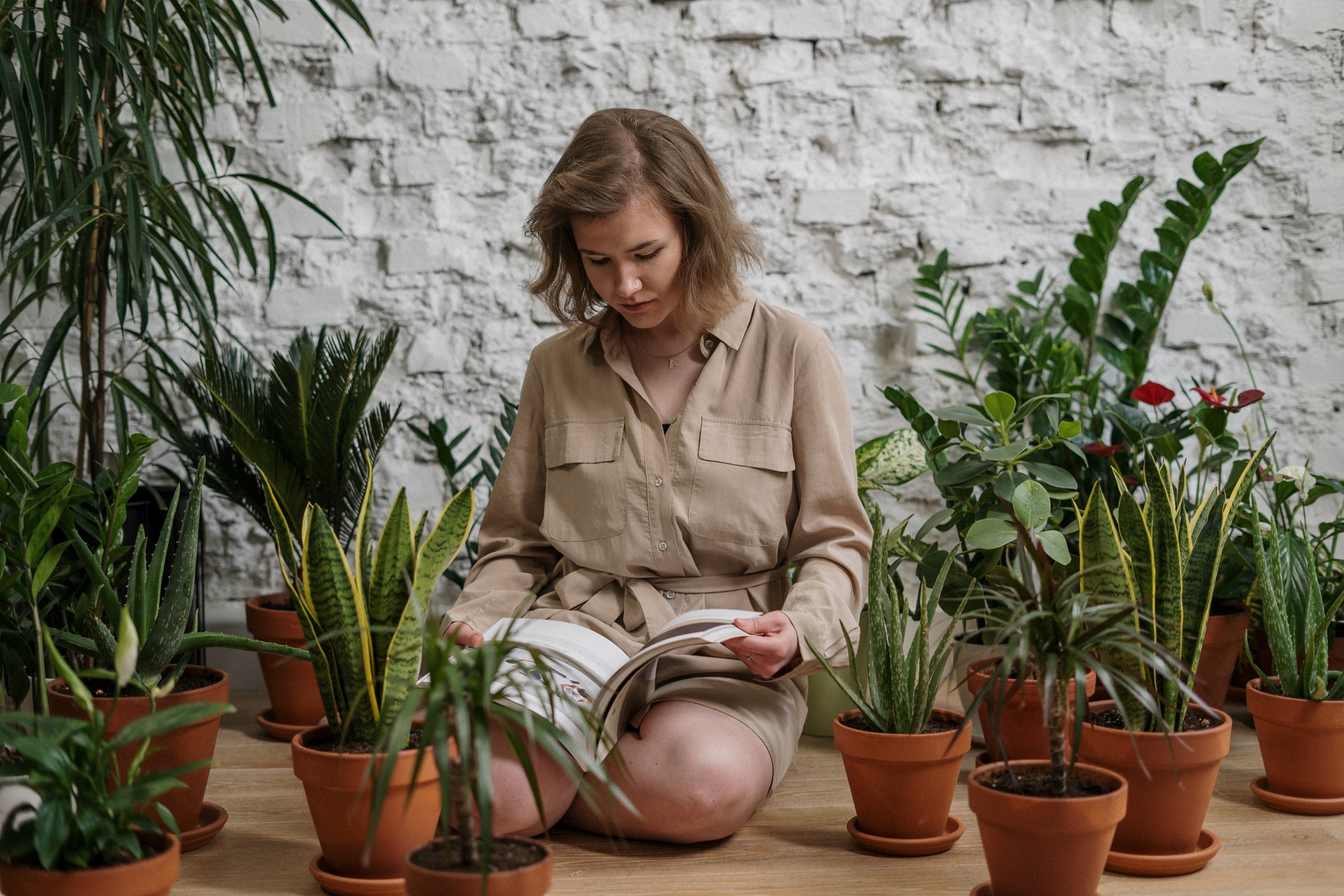 A world that prides itself on freedom, democracy, and liberalism lacks the basic definition of freedom to choose out of curiosity instead of necessity. People feel they are in control of their lives. How could they not? There are thousands of clothing brands to choose from and coffee flavors to try. Yet from an early age, potential is limited and, creativity is stumped. A set of blinders narrow in our focus and make us insensitive to the real opportunities of the universe. It is challenging to break free from a world that rewards thin and narrow knowledge. Complexity is valued and, the longer words someone uses in a conversation, the more important we think they are. Likewise, the more buttons and bells a device has, the more excited we get. We fail to realize the more elaborate something is, the more inaccessible and useless it becomes.
‍
Besides complexity, narrowness is a huge problem. Specialization is the idea that singular focus and purposeful action is the best way to achieve mastery. Concentration is valuable, but people who have one viewpoint grow ignorant of everything else. Complicated things have allowed society to increase its capabilities at the cost of increased effort. Yet the age of specialization and ignorance has proved to be more of a problem than a benefit.

Since the construction of the first factories, the education system has been preparing kids for the workforce. Students who do well are the ones that sit in silence, take notes, and watch the teacher. From an early age, kids are learning to become obedient workers. Educators help them become successful employees by encouraging students to narrow down their interests to fit into the existing system of high-production. Questions, different solutions, and constructive arguments are unproductive. Streamlining the learning process involves choosing subjects to be mechanical, so they are easy to test. They have a well-defined range of problem types with step-by-step solutions. Administrators are testing not someone’s ability to solve the problem but their ability to memorize the answer. Focusing on results instead of the process makes students trade their curiosity about the natural world for the memorization of a textbook. Nearly every teenager carries a small computer in her pocket yet has no idea what a circuit board looks like. Our advanced civilization knows nothing about how the real work works around us.

Specialization in the Workforce

What happens when these young students who understand everything in theory but nothing in practice go out into the real world? They are told to look at the market and find the current big problems people are trying to solve. It would not be bad advice, except for once you specialize, focus, and specialize again, you tend to see the problems you learned to solve, even if they do not exist. A specialist is someone who knows more and more about less and less. They only have vast knowledge and skill related to one area. It is like your brain. When you focus on something too much, you start seeing everything in portrait mode and block out external information. Your eyes lock inward, and everything else ceases to exist. That is why you will see specialists try to take data and relate it, make it fit, or exclude it from their field of expertise. It is a dangerous game to play

The increased role technology plays in the world has not made life for specialists easier either. As automation and technology are expanding, more specialists are out of a job. It is much easier to train a robot to do one specific task than to understand the entirety of a system. Specialists can easily be out of a job if the problem they solve is no longer in demand.

"If you cannot adapt to the present surrounding, change becomes a threat instead of an opportunity." - Farnam Street

Adapting to present problems isn't only important to individuals. Companies that fail to solve relevant demands fall behind also. Take the legendary competition between Netflix and Blockbusters. Few people know that Blockbuster was the original movie rental service founded in 1985. By the time Netflix showed up, Blockbuster was the top-movie rental business in the United States. In fact, in 2000, just three years after founding Netflix, Reed Hastings, the CEO, wanted to sell Netflix to Blockbuster for $50 million. Of course, Blockbuster was playing in the big leagues and didn't accept the contract. In 2010, Blockbusters was worth only $24 million, but Netflix was signing deals with Sony, Paramount, and Disney. Eventually, Blockbusters filed for bankruptcy, as it failed to take advantage of the popular subscription-based service that made Netflix as we know it today. Blockbuster missed adapting to its customers' demand for banning late fees and utilizing the Internet, which led to Netflix's success. As of 2020, Netflix is worth $203 billion. Blockbusters sure missed out on that deal.

Generalists in the Animal Kingdom

Specialists are stuck. Like a giant panda, it goes extinct if it doesn’t have a reliable source of bamboo. Giant pandas can only survive in certain conditions and eat a single food. They thrive in the perfect environment but die out if the conditions are not ideal. Raccoons, mice, and cockroaches might not be the most lovable animals, but they survive in almost any circumstance. In the animal kingdom, they are generalists and can thrive in a variety of environments and eat almost anything. In the human world, generalists claim to be competent in many useful trades. People interested in many different things can cut to the heart of problems because they can see similar issues that cross many varied fields. Those who identify themselves as generalists read a wide range of books and dabble with many subjects. However, that can also be the problem. They get bored when working on one thing for too long and never finish anything.

Like many things in life, the answer to a problem is never clear as black and white. Similarly, the choice between a generalized or specialized lifestyle lies in a gray area. However, there is one other person whom I haven’t mentioned yet; the Renaissance man. Someone who is a generalized specialist, polymath, or Renaissance man has a broad range with at least one area of depth. A person who embraces the best of both worlds has a core field they know a lot about while always learning.

Leonardo da Vinci and Richard Feynman were two great geniuses that embraced the Renaissance man lifestyle. People know Feynman for his contributions to quantum mechanics, the Manhattan Project, and his Nobel Prize. Few people know about the variety of skills he mastered during his career. Feynman was a secret artist who signed his work under the name "Ofrey." He started drawing as a hobby, but after years of practice, he even sold some of his art. On his trips to Brazil, he learned to play the bongo drums and became a professional bongo player. Most famously, he is known as the "great explainer" of physics, and his lectures are required reading for physics students.

Leonardo da Vinci was similar to Feynman. He was primarily an artist, but he studied music, literature, math, botany, history, and engineering. Besides the Mona Lisa, Adoration of the Magi, and Last Supper, Leonardo made great contributions to art and science with his anatomical, botanical, and geological sketches. He pursued scientific questions out of pure and personal curiosity while coming to radical perspectives of the time, like viewing humanity as a fact of nature instead of an occurrence of the gods.

Embryo of the womb

Design of the crossbow

I found most interesting his application of mathematics and architecture in his artwork. Leonardo was close to Luca Pacioli, a mathematician who helped him with mathematics. In return, da Vinci provided the illustrations for Pacioli's mathematics book, On Divine Proportion. Da Vinci's drawings of polyhedrons with skillful shading and transparent faces helped the reader understand their geometric properties. Later, when Leonardo started his painting of the Last Supper, he used tricks he learned from mathematics to impress the viewer. He made the table very narrow and played with the lines of perspective to create a sense of depth that would draw the viewer to the central figure, Christ. Leonardo brought his work of geometry and science into art.

Da Vinci also had many architect friends, like Donato Bramante and Francesco di Giorgio. They discussed the architectural principles of the famous Roman architect Vitruvius. Vitruvius’s most significant idea was circles and squares make up all structures. Circles represent something cosmic and godly. The earthly squares symbolized the four cardinal directions. Vitruvius concluded that the human body should also follow the rules of harmonious design. This is where Leondardo’s idea of drawing a man inside the classic shapes came from.

Success comes from exploration, not obedience. People are set up from an early age to become followers, but followers rarely dominate the world with their ideas. People who break free from the invisible blinds find freedom in knowledge instead of obstacles. What do these people do? They surround themselves with a wide range of books on unrelated subjects. They give themselves permission to experiment, test, and follow their curiosity. The key to discoveries is breaking the methodical and granular systems and using something more organic, natural, and open. We are humans, and we have forgotten to solve problems like the free-flowing creative creatures we are. So be adaptable. Be creative. And always stay curious.